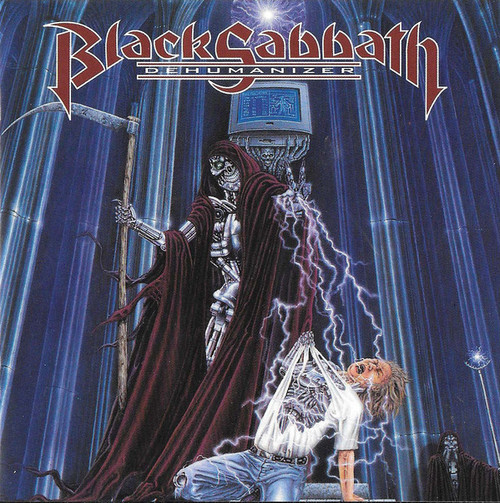 The 16th studio album.  Released on June 22, 1992, it was Sabbath's first studio album in over a decade to feature Dio on vocals and their first in nine years to feature original bassist Geezer Butler.

The album's lineup – Dio, Carmen Appice, Butler and guitarist Tony Iommi – reunited in 2006 for a greatest hits set, Black Sabbath: The Dio Years, and a new studio album in 2009,  The Devil You Know (billed as Heaven & Hell).

Although the Sabbath lineup was the same as 1981's Mob Rules, the musical direction is a marked change from their previous material, particularly the preceding Tyr. Much of the album anticipates the directions taken by Dio w/his next two solo LPs.  Commercially, the album marked a resurgence for Sabbath. It reached the Top 40 in the UK] and peaked at number 44 on the Billboard 200.[